Maul Your Rival With The Halfling Ranger! 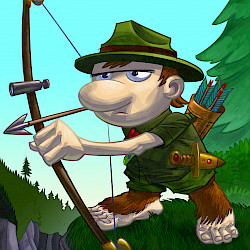 Are you a nature lover? The Halfling Ranger certainly is . . . which isn't necessarily good news if he's your enemy. In the Munchkin Collectible Card Game, this Hero specializes in Monster wrangling, and he can overwhelm you quickly. Even when you squish those Monsters, the Ranger can bring them out of the discard pile to attack you again!

This environmentalist has Mischief spells that protect his "innocent" Monsters. For example, Compost squishes target Loot to get rid of your defenses and clear the way for his Monsters. Plus, some of his Weapons make good use of the Monsters in his collection. When the Cat-a-pult deals damage in a fight, he can discard one of his Monsters to deal 3 additional damage to any other Monster. Since this ability is an interrupt, you might not see the double whammy coming! 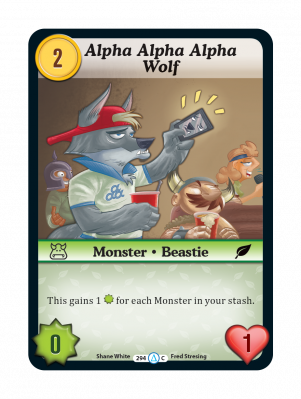 Although the Halfling Ranger seems like a peaceful animal lover, you need to watch out! His Monsters aren't nice at all. For example, Alpha Alpha Alpha Wolf gains 1 power for each Monster in the Ranger's stash. And keep an eye out for one of the nastier Monsters in this Hero's menagerie: the Hairy Scary Bear. It has a gold cost of 4 for 5 power, and it can squish a target Loot you control that you didn't commit to the fight.

Even when you attack the Halfling Ranger directly, his Loot might make your goal a little harder to achieve. Biodegradable Armor prevents up to 3 damage from ever hitting the Ranger, and since it has a Rank of 1, this card could be on the table right at the start of the game! 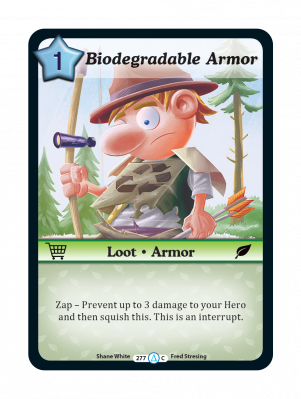 This conservationist is fearsome, but he can be overcome. You need a way to squish his many Monsters and take the fight back to him.

The Munchkin Collectible Card Game randomized booster packs make this Hero even more fun! For example, you might find Comeback Cove, a Location that gives all Monsters a Survivor ability, which triggers when the Monster survives the fight. This particular Survivor ability allows Heroes to deal 1 damage to a target Hero or Monster. Additionally, the Dumpster of Doom grows more and more powerful as the Ranger adds cards to his discard pile.