Rock Out with the Orc Bard! 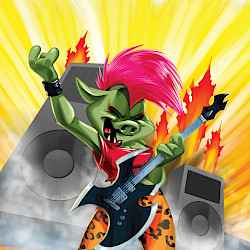 In our next installation of "Focus on the Hero," we want to sing about the Orc Bard! This music lover uses her Encore ability to cast her Mischief spells over and over again. She can quickly strip away your options and then damage you on a major scale. She still needs to be careful when you send Monsters at her, but she has plenty of clever ways to shut you down. 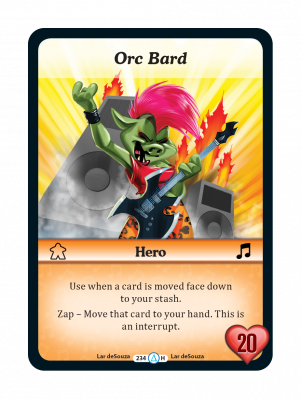 The Orc Bard will punish you with The Final Countdown, a Curse that hurts you each time you draw a card! Her Trololol Mischief cancels another Mischief as it's being played, so you won't be using her tricks against her. And if she doesn't have the right cards in her hand, 99 Bottles lets her draw a card and discard a card . . . and it’s got the Encore ability, so she can just keep digging for the cards she needs to wipe you out.

To expand your Orc Bard's vocal range, score some Munchkin Collectible Card Game booster packs! Cool Shades retrieves cards from the discard pile, and yes, this one has Encore, too. Blue Suede Shoes lets her run away more often, which gives her yet another way to deal with pesky Monsters. Finally, DJ Tim is one of the Orc Bard's most effective Allies; he can defend against Monsters and deal direct damage to her foe! 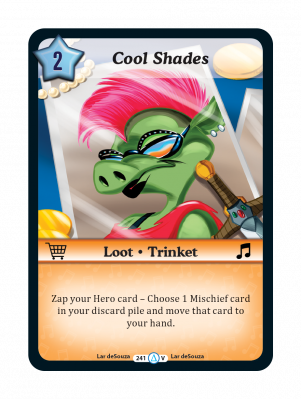 Order a Wizard & Bard Starter Set so you'll be ready for the show when the Munchkin Collectible Card Game releases in February 2018. For more information on the Human Wizard, the other Hero paired with the Orc Bard, check this article out!